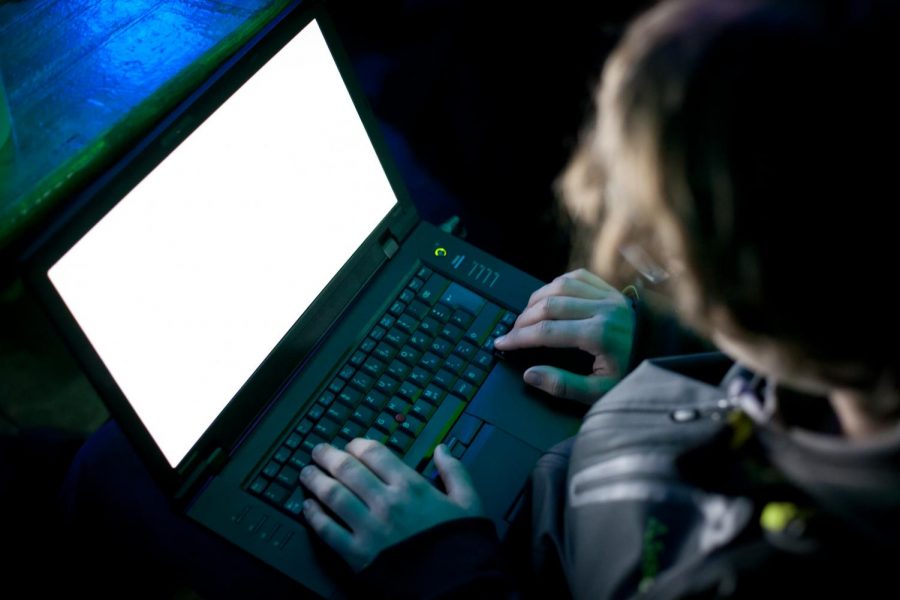 On the Monday before Thanksgiving break, I was waiting for Ms. Sager to begin my eighth period Calculus class. As I sat in my chair, it was difficult to hold down the anticipation I had for the upcoming break. Mere moments later, this bubble of excitement was popped. As I moved from the lobby to the class, grotesque images populated across my computer screen. Heavily edited videos and images with pornographic, racist, anti-Semitic, etc. elements played in the students’ Zoom spaces. Frankly, it was disgusting and horrifying to experience this in an environment that I expect to feel protected in.

When Ms. Sager began the class Zoom, she was also as caught completely off-guard as the students. What we experienced is what is essentially called a “Zoombomb.” This occurs when an uninvited individual enters a virtual meeting and essentially “bombs” it with crude images and speech that are often embedded with  racial, homophobic, and anti-Semitic elements. Similar to what my class experienced, these attacks happen suddenly and unexpectedly – leaving Zoom attendees and moderators shaken and terrified.
“I’m the one in control of the class… I felt like it was taken away from me. I was completely vulnerable,” Ms. Sager remarked.
Ever since many institutions switched to depending on Zoom amidst Covid-19, we have had to adjust to a new reality: one with the impending fear of being the next victim of a Zoombombing. Instead of the terrifying possibility of a school shooter infiltrating the school, it has been replaced with the prospect of someone intruding a remote class. This has been a consistent problem in the world of remote learning; however, there has been a recent uptick in these cases. What me and my class experienced is just one example from the many Zoombombings that are on the rise throughout the nation. DHS is not the lone victim in this area – New Trier experienced anti-Semitic attacks earlier in the pandemic; an anonymous hijacker entered a Niles middle school’s Zoom and promoted slavery; Hinsdale’s high school district’s remote classes were met with an eighth grade student exposing himself. These attacks have gained so much traction that the Federal Bureau of Investigation has launched a collective investigation into this online epidemic that DHS is a part of.

From what we know so far, Zoombombers don’t have an intricate way to work their way in. In fact, the culprits can be tied to the students themselves. They often rely on the exact links that students use as well in their everyday learning. Mr. Kasbohm, the District 113 Director of Technology, said that “it’s not someone randomly guessing. It means someone in the class has purposely posted the class link on a platform, such as Reddit.”

Our school’s recent string of Zoombomings could be traced back to “when a student from outside tried to get into one of our classes and a teacher mistakenly let them in,” DHS principal Ms. Anderson explained. “Whoever was doing this ended up stealing some District 113 accounts.”

Although it began as a lone incident, the virtual attacks soon gained traction. A sophomore English class was met with pornographic material, and more classes experienced similar events. “It began with one specific period and one specific classroom, but it spread quickly. Even teachers began receiving attachments via Schoology,” Ms. Anderson said.

As DHS administrators frantically tackled the multiplying attacks, a widespread and fixable issue among the student body became apparent: many students lack proper cybersecurity habits. “We discovered that many seniors have kept the same password that they had set up their Chromebook with in their freshman year,” Ms. Anderson remarked. “We had all seniors change their passwords.”

Computer security is extremely important but its significance is often overlooked. The staggering rate of security breaches reflects that a large amount of users fail to practice proper habits. “Cybersecurity is applicable to everyone,” Mr. Kasbohm said. “Everyone has to be worried about it. From students, to staff, to teachers.”

Mr. Kasbohm advises everybody to create passwords that aren’t too simple – such as *insert your name*123 – and to avoid using the same password on multiple sites. He also highly recommends using two-factor authentication, if possible.

Ever since DHS students were advised to change their passwords, attacks have gone down, thankfully. But as we begin second semester in remote learning, we need to remember the possible prospect of having classes Zoombombed. Strong and proper cybersecurity habits need to be reinforced to avoid any further Zoombombings. Cybersecurity is and will continue to be a relevant subject as the technology that we heavily rely on develops.